Lawn Mower Won’t Start After Sitting? Here’s How I Fixed Mine

In reality, the worst part is having a non-mechanical person (me) in charge of maintaining a lawnmower.

I just don’t get along with mechanical things with gas engines that I don’t use multiple times per week.

Our Guaranteed To Start Lawnmower

We bought a Toro lawnmower about a year and a half ago to replace the reel lawnmower we had previously used at our old home.

I loved the reel lawnmower because there was no way I could break it. Sadly, it simply would not mow the type of grass we currently have at our home.

I thought this would be a great purchase. There’s no way it would have any problems.

The lawnmower worked great the first six months. No problems. I was happy!

Maybe my bad luck with lawnmowers was over. I couldn’t have been more wrong.

The Lawnmower That Wouldn’t Start

Turns out, this guaranteed to start warranty had a laundry list of things you had to do to the lawnmower after every use, before you put it into storage for the winter and so on.

Unfortunately, I hadn’t read that part of the book. I only found it after I started having problems. Lesson learned. Read the book.

When I went to start my guaranteed to start lawnmower in the spring, I found out the lawn mower won’t start after sitting all winter.

I had my dad come over and take a look. He tinkered with a bit. Eventually, he got it running again, but not very smoothly.

For the rest of the year I had to spray starter fluid in the carburetor to get it running each week. Thankfully, it still ran, so I dealt with it.

However, my lawnmower quit starting for good right at the end of the season last year. I decided to let it sit until this spring when I’ve finally decided to try to fix it.

I’m no lawnmower expert, but learning how to solve problems is a great skill to have. Whenever you have any type of problem, there are a few things you should do.

The first is to try to research why the problem is occurring.

I honestly had no clue. I called someone with more knowledge than myself to find out. My dad was able to give me some tips and now I know. It looked like the carburetor was my problem.

Next, once you have diagnosed the problem, search for a solution. You can search for videos on YouTube to figure out what to do and how to do it.

You can also check out books in your local library or simply search Google for an answer. This takes some common sense. Not every solution is a good way to solve your problem. Hard to believe, I know.

Finally, I went out and tried to implement the solution myself.

I’m glad I did. I learned a lot in the process that should make sure I’ll never run into the problem of having a lawn mower that won’t start after winter storage again.

Even if it does happen again, I now know how to fix it. This way I can easily save myself the $50 to $100+ a lawnmower repair man would have changed to fix my $200 lawnmower.

I didn’t want to pay someone else to fix my lawnmower. I figured it was time I learned how to fix it myself this time.

What I learned should be able to help you with most gas-powered lawnmowers, including Briggs and Stratton lawnmowers that won’t start after sitting.

My dad was kind enough to give me some tips over the phone. I went away to fix my lawnmower.

Armed with a can of SeaFoam, a fuel additive that apparently also cleans carburetors, I headed out to the garage.

I carefully took apart my lawnmower so I could get to the carburetor. I paid close attention to where every screw came from so I could put it back together when I was done.

Once I had the carburetor free, I sprayed it generously with a can of carburetor cleaner (just the generic stuff from Walmart) to get as much junk out as possible.

After I was satisfied I did the best I could with that, I poured a can of SeaFoam into a Solo cup. Then, I placed the carburetor in it.

Over the next couple of days, I let the carburetor soak while gently agitating it from time to time. This made sure everything was being cleaned out.

At the same time, I completely drained my lawnmower’s gas tank of old gas so it wouldn’t cause any more problems.

After the carburetor was done soaking, I dried it off then let it air dry for a day. Finally, I put the lawnmower back together, put some new gas in the tank and pulled the starter cord.

It was a miracle, my lawnmower started on the first try. Who knew starting a lawn mower after winter would be such a major task?

How to Prevent Your Lawnmower From Not Starting After Winter Storage

So how am I going to avoid having a lawn mower that won’t start after sitting and how can you do the same? There are a few things I’ll be doing to make sure this never happens again.

Ethanol will gunk up your carburetor over time. Even though non-ethanol gasoline is more expensive, lawnmowers don’t use a ton of gas. The extra expense is well worth it.

I now add fuel stabilizer to my fuel as soon as I buy it in case it sits for a bit longer than intended. This should prevent the gas from going bad in my lawnmower over the season.

I just need to make sure to use all of the fuel before the winter. If I don’t, I pour it in my car at the end of the year so I don’t have bad gas in the spring.

I plan to empty my lawnmower’s gas tank every fall by running the lawnmower dry until it stops running.

I will then drain the bowl on the carburetor to make sure it isn’t holding any fuel. This should prevent gunk from building up. Then, I won’t have a problem starting it next spring.

Finally, I don’t mow my lawn every single week. Some weeks the lawn just doesn’t grow as fast or I’m too busy to get out and mow the lawn.

Despite this, I have set a reminder in my phone so that I always remember to start my lawnmower at least once per week. This should keep things from sitting too long to where it starts building up gunk.

At Least Try To Fix Things Before You Replace Them

Normally when it comes to mechanical things, I’m quick to replace them if they’re relatively inexpensive. I almost did that with this lawnmower.

I’m so frustrated with gasoline-powered tools that I almost bought a battery-powered lawnmower so I never have this problem again.

Thankfully, I quickly realized this would be a waste of money. I was letting my frustration get to me.

Instead, I decided to try to fix my problem before I went out and spent another $200 to $300 on a lawnmower. Don’t let your frustration get to you. Look at all of your options.

I chose the cheapest option and it only cost me $7 plus about an hour of time.

Even paying a repair man to fix our lawnmower and advise us how to make sure the problem doesn’t happen again would be cheaper than buying a new lawnmower.

After all, our lawnmower is only a year and a half old!

Our culture has conditioned us to throw away things when we come across the smallest problem. Don’t allow that to be your default action or you’ll be broke for the rest of your life.

What would you have done in my situation if your lawnmower won’t start after sitting all winter? Are you awful with gas powered motors? Share your stories with everyone in the comments below. 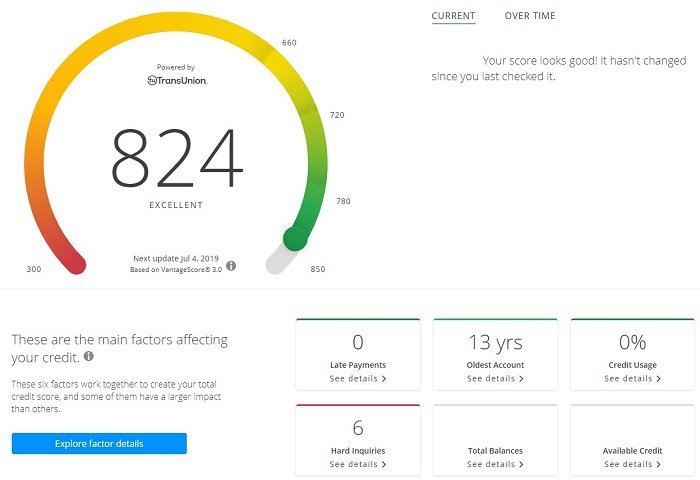 It’s mainly the gas issue. Ethanol. It didn’t use to be this way. In 1998, I last mowed my lawn, hired a crew in 1999, and then they cut my bluebonnets, so I fired them and went back to doing it myself in 2000. I pulled my old Honda mower out and it started up right away after a year and a half sitting idle. Government mandated garbage.

Other parts for mower that you don't have to worry about include the spark arrestor. It may catch a spark sometimes, and you'll normally find it in outdoor motors. This area of the motor should be cleaned with a wire brush regularly. If you do not do this, your motor could actually catch fire. Because a lawn mower is made up of a variety of parts, it can give out on you at any time.

You could have saved yourself a lot of time and aggravation by simply getting rid of the old gas and filling it with new. From now on add gasoline stabilizer every time you refill your gas can.

Unfortunately, it wouldn't start w/ new gas either. I do now use gas stabilizer and I make sure to run it out of gas at the end of every season. Haven't had any issues since :)

One year old Toro mower,my third one in about twenty years.This one only start when you remove the plug and sand it,has new gas and oil,plug is not a year old but sanding starts first pull,brought a plug does the same,riding mower next year.