A few months after I started blogging, my wife, who was my girlfriend at the time, and I decided to share our journey paying off her student loan debt.

It was scary, but together we decided we would destroy the student loan debt as fast as possible.

However, from December 2012 until we paid the student loan debt off in full, we shared exactly how much debt we paid off each month.

We also shared what was going on in our lives that affected how much we could pay and how we were going about paying off the debt.

The journey was not a straight path. There were good speed bumps and bad speed bumps that delayed our debt pay off date. In the end, we’re glad we took the approach we did to paying off the student loan debt.

Below is a listing of all of the student loan debt update posts if you’d like to read about our journey. I’ve listed the month, the total balance remaining and the debt paid off since the prior update.

It is important to note that we only kept track of the principal reduction of the student loans. We did not include the amount of interest we paid each month in our payments.

The Keys To Paying Off Our Debt

As you can tell from the updates, it took us just shy of 3 years to pay off the student loan debt. Initially, we thought it’d take us much longer. However, we were proactive and worked hard to pay our debt off ahead of schedule.

The two main ways we paid the debt off ahead of schedule were keeping expenses low and earning extra income.

It was easy for us to keep our expenses low as we had both recently graduated from college. We lived as simply as possible and rarely spent on many of the luxuries that many college graduates indulge in after graduating.

We rarely ate out. My wife and I didn’t decorate our house much. We didn’t buy new furniture. We simply got by with what we had or bought inexpensive items on craigslist.

Related: Why 0% Furniture Financing, Such As Rooms To Go Offers, Is A Bad Deal

Earning extra income was the major contributor to paying off the debt so quickly.

I started blogging in 2012 and within a year I was earning thousands of dollars a month from my blogging work. This money was set aside for paying off the student loan debt after accounting for the taxes.

If you’re struggling with paying off debt, please use our story for inspiration to help you achieve your debt goals. Start working to cut your expenses back. Start figuring out ways to earn extra income. Your options are endless if you just put your mind to it.

Start Your Own Blog

You don’t have to do what we did to pay off our debt, but if you would like to start a blog, I have a couple major tips you should follow.

First, blogging isn’t easy. It takes a lot of work and that work probably won’t pay off right away. It took months before I earned my first dollar from my blog. That said, blogging and freelancing online is now my full time business.

Second, if you’re going to start a blog, do yourself a favor and start out right. I had tried to start blogs before Money Manifesto and they all failed. If you want to be taken seriously, you need to have a self-hosted WordPress blog.

Having a self-hosted WordPress blog means you have a real website address, not something like BlogName.FreeService.com. Instead, you just simply have BlogName.com. Being self-hosted is also a benefit because you’ll have total control over your website.

If you want to start a self-hosted WordPress blog, I suggest using SiteGround for hosting. They have great prices and amazing customer service.

While many bigger bloggers recommend BlueHost, their customer service and product have seriously gone downhill over the last few years.

The big bloggers continue to recommend BlueHost because of the name recognition and the high affiliate payouts the bloggers receive.

More Details On How We Paid Off Our Debt

If you want more details about exactly how we paid off our student loan debt and our journey, check out the summary post – How We Paid Off $80,000 Of Student Loan Debt In Under 3 Years.

Are you working on paying off debt? What challenges have come up during your journey? What has helped pay off your debt faster than anticipated? Share your experiences in the comments below! 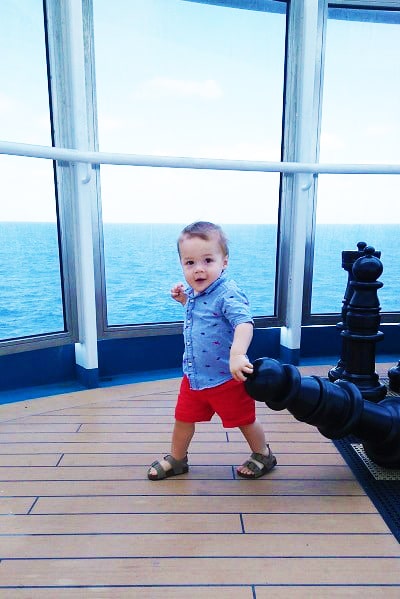 ← Previous
How Our Family Took A Free 5 Day Carnival Fantasy Cruise
Next →
Find Extra Money By Spending Smarter - It Helped Us Pay Off $80,000 Of Debt
Click here to cancel reply.

Hi we are both really trying to get out of debt to ourselves. And just working hard but we’re both really trying to find second jobs but at the moment it seems as if nobody wants to know. At the moment as we’ve kept applying for jobs and not even having a reply to most of um but and then we’ve had a couple of them write back to us. But the only thing is they have said is no so really what are we meant to do when we are both trying to pay off debts as we really need second jobs. To make a real dent in it. But I’m just going to carry on. With paying off all my smallest bills and debts off first. As I’ve only got a part time job. Job my husband has a full time job. And that’s all we pay our bills.