You are here: Home / Save & Invest / Mindblowing Facts About Investing That Should Ease Your Mind
74shares 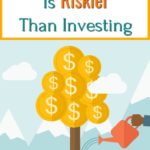 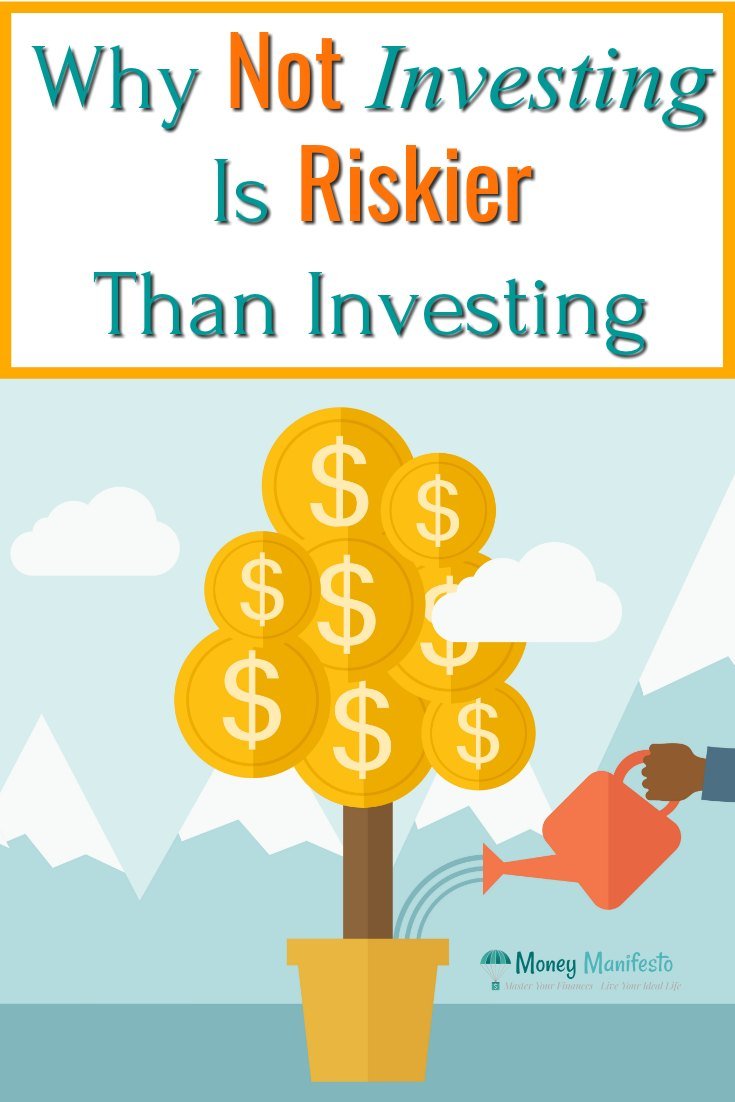 For many people, investing seems risky.

However, I think it is risky to not invest.

After all, I can’t think of any other legitimate way to save up enough money to eventually retire without investing.

People get the wrong idea of investing because their knowledge comes from headlines.

When the great recession hit, there were plenty of awful headlines to go around.

That said, people don’t seem to remember the good times when headlines aren’t fast and furious.

Below are a few facts about investing pulled from JP Morgan’s 2017 Edition of their Guide to Retirement.

I’ll quote the slide numbers with each section so you can see the data for yourself, too.

People fear the worst case scenario. When you’re investing over the short term, which I never recommend, you open yourself up to great risk.

On the other hand, when you invest for longer periods of time, that risk is much lower assuming you hold on to your investments.

Data from page 30 of JP Morgan’s guide shows exactly what I mean. They took data from 1950 to 2016 and, based on their benchmarks, calculated the best and worst returns that occurred for different time periods within the range.

As you would expect, shorter time periods have a much larger range between the best time period and the worst time period. As you lengthen the test period, the range shrinks.

Your results will likely land somewhere between the high and low, but future results could end up higher or lower than the range since no one can predict the future like we can analyze the past.

Here’s the range for stocks for each time period:

Here’s the range for bonds for each time period:

This information puts investing returns in a whole new light for someone that has never seen this data before. Granted, both the stock and bond benchmarks used large, diversified indexes rather than individual stocks or bonds which are much riskier.

Personally, I don’t even invest in individual stocks and bonds to avoid that risk.

The Impact Of Being Out Of The Market

I strongly believe that you shouldn’t try to time the stock market. If you do try, you have to be right twice. You have to sell at the top of the market and then have the courage to buy at the bottom of the market.

Predicting either one of these events is a shot in the dark and the likelihood of you getting both right is near impossible in my mind.

Instead, I personally decide to always stay invested in the market. I’ll never move my money to cash or a safer asset simply because I fear we’re going into a downturn. Instead, I’ll stay invested and reap the benefits.

The chart on page 35 of JP Morgan’s guide shows exactly why. Here’s the shocking information the chart shows.

It then shows what your returns, as a percentage, and total investment would be worth in dollars at the end of the period assuming you missed the X best days during that time period.

Isn’t that absolutely crazy? Missing just the ten best days can lower your ending value by half. To show how hard it is to predict good days versus bad days, JP Morgan shares this fact:

The Benefit Of Saving And Investing As Early As Possible

The easiest way to earn money is compounding returns. Essentially, compounding is making money on the money you made. Think of it like your bank account, but on a massive scale with higher returns.

This example isn’t very exciting, but it allows you to understand how compounding works. When the investment is much larger and repeated and your earnings are much higher than two percent, the results are staggering.

JP Morgan shows this on page 15 of their guide. The results of the exercise ending at age 65 are shown below:

As you can see, investing early has a huge effect on your total ending balance. Even if you can’t start super early, starting today will make a huge difference than starting five or ten years from now.

Just take a look at the difference between Person 1 and Person 3 to see what I mean.

Why You Need To Take Action

If you aren’t investing, you need to figure out why. Are you scared? Do you not understand how? Whatever the reason, figure out how to address your stumbling block so you can start investing.

When you do invest, not everyone will invest in the same things or earn the same returns. You’ll have to look at your personal appetite for risk and purchase investments that fit your style.

Your results will definitely be different than the examples above, but investing will at least get you on the right track.

What were you most shocked by? Let me know in the comments.

« Buying a Home: Is a Small Down Payment Actually a Big Deal?
How Much Car Can I Afford? The Answer Isn’t What You Think »