You are here: Home / Live Life / How Much It Costs to Go to Disney World – Trip Cost Report
117shares 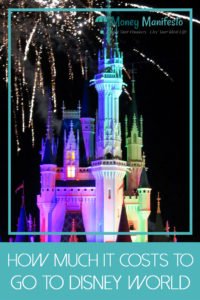 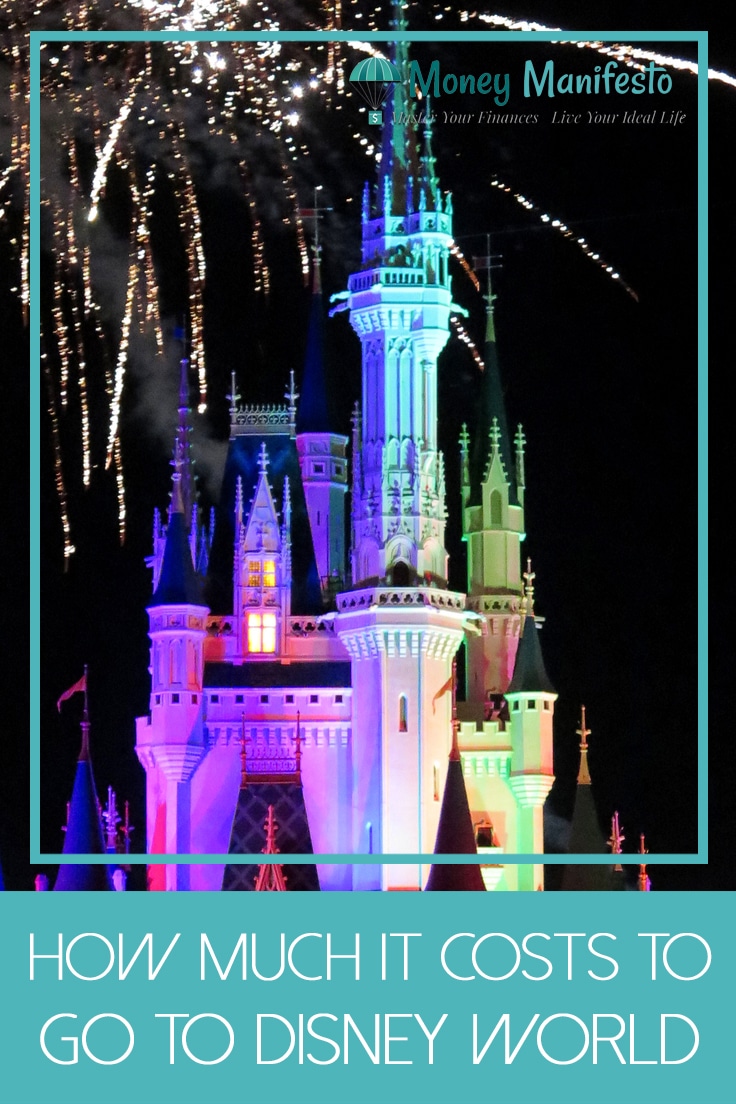 First, I’d like to let you know that I didn’t pay full retail price. I took advantage of a factor that not everyone qualifies for. As a Florida resident Disney World gives me special discounted rates on the hotel and park tickets.

Other than that everyone can get the same prices I did on everything else.

I did a lot of research in this category to find the best price and the best match for what we wanted to do. We had two options as far as what type of Disney World tickets to get.

The first was a 3 day Magic Your Way ticket which allows you to enter one park per day of your ticket. The second was a Park Hopper pass which allowed you to visit as many parks as you would like each day but it came with an additional cost. Ultimately we decided we were only going to go to one park each day anyway so we just stuck with the Magic Your Way Ticket.

I also scoured the internet to find the best prices possible on tickets. Unfortunately it seems that Disney didn’t seem to have any discounts on the tickets. I didn’t want to buy the tickets from a third party because I wouldn’t be able to tell if they were genuine or not. Instead I found what seems to be the one exception that was able to get me a discount on the tickets.

My Florida resident status saved me some major money and seemed to be the only way to get a discount! Our tickets cost $180 each after tax for a three day Magic Your Way pass.

We decided to stay on the Walt Disney World Resort for a couple reasons. First, by staying on the resort we were able to have free shuttle transportation to all of the theme parks each day. We also could park at the theme parks for free if we wanted to drive ourselves. If you aren’t staying on the resort you have to pay $14.00 a day for parking… ouch! Well, there technically is one way to avoid the parking costs at Disney World, but it isn’t worth the hassle or time.

Another reason we stayed on the Walt Disney World Resort was the fact that everything was included in the rate we were quoted and there were no hidden fees, resort fees, WiFi fees or anything else. Although they don’t provide breakfast it was cheap enough to bring our own so it wasn’t a deal breaker for us. We ended up staying for four nights and once again got the Florida resident discount.

Total Hotel Cost: $322.64 for four nights at the Disney All Star Sports Resort

We decided to drive to Disney World. It is about a 6 hour trip which isn’t that bad and it was cheaper than flights if you just consider the gas cost (I know there are other costs as noted in my mileage reimbursement and redbox posts). We also wanted to have the convenience of having my car in case we wanted to leave early or go somewhere else that the resort transportation wouldn’t take us.

We were glad we drove because during our trip Tropical Storm/Hurricane Issac couldn’t decide if it wanted to go to Orlando, my home or somewhere else. Luckily Issac decided to go away from both Orlando and my home and the transportation wasn’t necessary but if we flew we wouldn’t have had that option.

Part of driving included $10.50 in tolls to get there and back. We could have avoided the tolls at the cost of more time. To us it was worth it to get there earlier so we could go to Downtown Disney and on the way back we wanted to get home to be able to get home and relax.

The night we arrived we ate at Planet Hollywood at Downtown Disney. It is a more expensive restaurant but part of our Disney World Resort package included a $15 coupon to Planet Hollywood which brought the cost down to that of a normal Disney restaurant.

Other than that, we brought food from home for breakfasts and ate lunch and dinner at the Disney Dining establishments in the park or at our resort. I’d say we averaged about $20-$25 a meal and always drank water and the snacks that we packed instead of buying extras. We didn’t get anything extravagant and just ate at the quick counter service establishments.

We had a great time and spent under the amount that we had budgeted for the trip! Overall it was a great success!

Have you ever been to Disney World? Was this in line with what you would have expected it to cost? Share your Disney World stories!

« How Theme Parks and Movie Theaters “Price Gouge” for Food
What Would You Do? Pay Off Higher Interest Rate or Variable Rate Loans First? »