You are here: Home / Spend Smarter / How Much Do You Spend On Halloween? Here’s How To Save
22shares 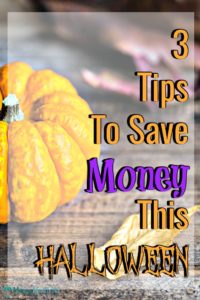 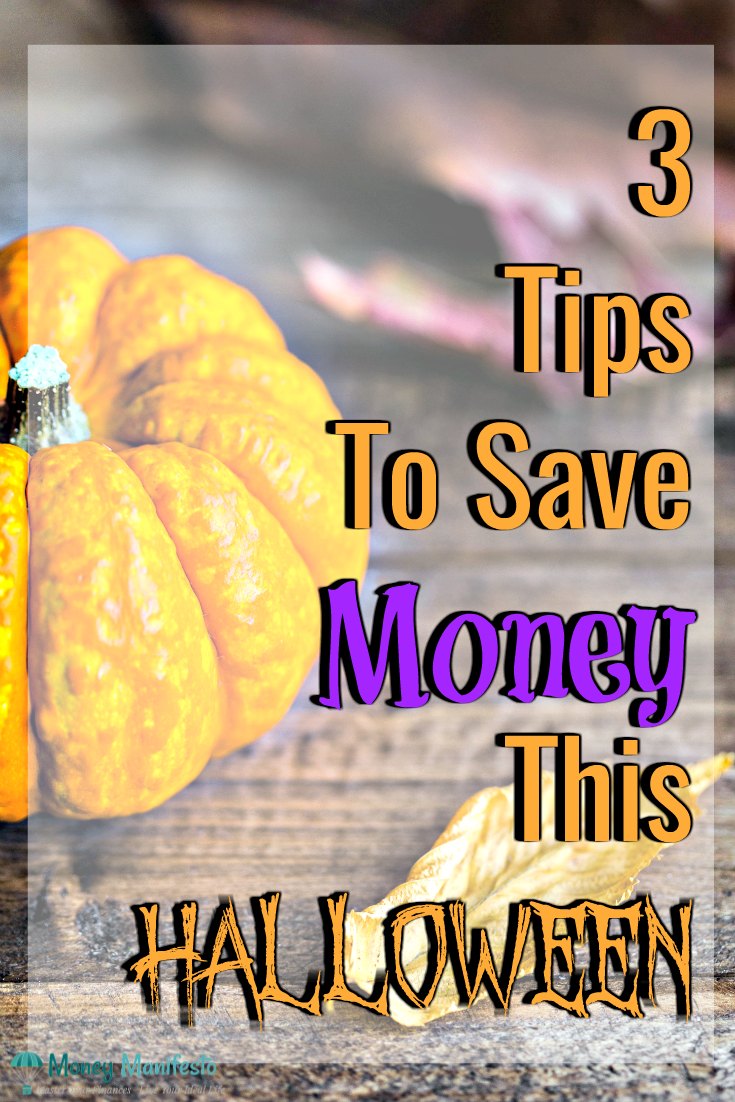 Halloween is just a few weeks away.

I know many people would say Halloween is their favorite holiday.

While it isn’t my favorite, I get why some people love Halloween.

We’re pretty simple when it comes to Halloween.

We don’t have any older kids, so it isn’t a big deal yet.

However, some families go all out and spend a ton of money to prepare for Halloween.

According to National Retail Federation, last year 7 in 10 Americans planned to celebrate Halloween.

The average American was expected to spend $82.93 on decorations, costumes and candy.

If you don’t want to spend over $300 on Halloween for a family of four, here are a few things to consider when you plan this year’s Halloween festivities.

Halloween Decorations Can Be Expensive

Halloween decorations come in all shapes, sizes and forms.

There are simple decorations like the Jack-O-Lantern that you carve yourself and then there are completely over the top decorations like a two car garage that has been transformed into a haunted house.

As far as our decorations go, we normally have a couple of props we’ve gathered over the years. This year we’ll probably even have a Jack-O-Lantern or two in our front entryway for our son’s first Halloween..

Of course, if you want to get cheap Halloween decorations, wait until the day after Halloween and pick up what you wanted at a very discounted price.

The key to saving money on decorations is buying decorations you can reuse year after year. Don’t buy cheap stuff that will fall apart as soon as you use it. Instead, wait until the sales after Halloween and pick up quality decorations.

The local mall has already had a Halloween store open for a few weeks. They sell all sorts of Halloween themed items, but I’d say about 80% of the items they sell are costumes and accessories to costumes.

The prices varied greatly but the average costume was over $50. There were some crazy over the top costumes there were a couple hundred dollars, too.

One thing that surprised me was the fact that most of the costumes in the Halloween store were adult costumes, rather than costumes for kids.

I always considered Halloween more of a kid’s holiday, but over the last few years it seems more and more adults get into Halloween. Then again, maybe I’m just getting older and realizing that it has always been an adult holiday, too.

If you’re running on a tight budget this year, remember that you can normally come up with a pretty cheap Halloween costume from the things you have around your home.

You might have to be a bit creative, but I’m sure you can come up with something good.

This year, we bought my son’s costume at Target on their 40% off Halloween costume day back in September for just $12. My wife and I will probably come up with our own costumes out of what we own, if we dress up at all.

Do You Give Out Candy?

According to the NRF survey, 96% of people that planned on participating in Halloween last year planned on buying candy to hand out to children. That’s a lot of candy, and I love candy.

How much you spend on candy for Halloween totally depends on which type of candy you prefer to hand out to children.

If you’re going to be giving out bite-site or individually wrapped chocolates, be prepared to spend a ton of cash. However, if you go with my Halloween staple of Dum Dum pops, it won’t be nearly as expensive.

The other main factor in candy cost is where you live. If you live in a neighborhood with a lot of kids, you’ll have to buy a ton of candy. However, if you live off the beaten path like I have the last couple of years, you might only need to buy one bag.

Even with only one bag I still had a ton of left over candy last year. This year we live in a newer neighborhood with lots of kids. For that reason, I bought a super jumbo bag of Dum Dum pops.

It should be plenty as we don’t plan to be home the whole night to hand out candy since we’ll be taking our son trick or treating this year.

If really want to save money in the candy department, simply leave your porch and driveway lights off and don’t answer the door.

How Much Will You Spend On Halloween This Year?

How much will you be spending on Halloween this year? Do you plan on buying decorations, dressing up in a costume or handing candy out to children?

« How Much Car Can I Afford? The Answer Isn’t What You Think
September 2017 Money Manifesto Blogging Income Report »