You are here: Home / Spend Smarter / How Frugal Is Too Frugal? Where Do You Draw The Line?
168shares 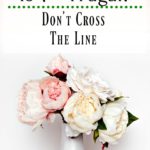 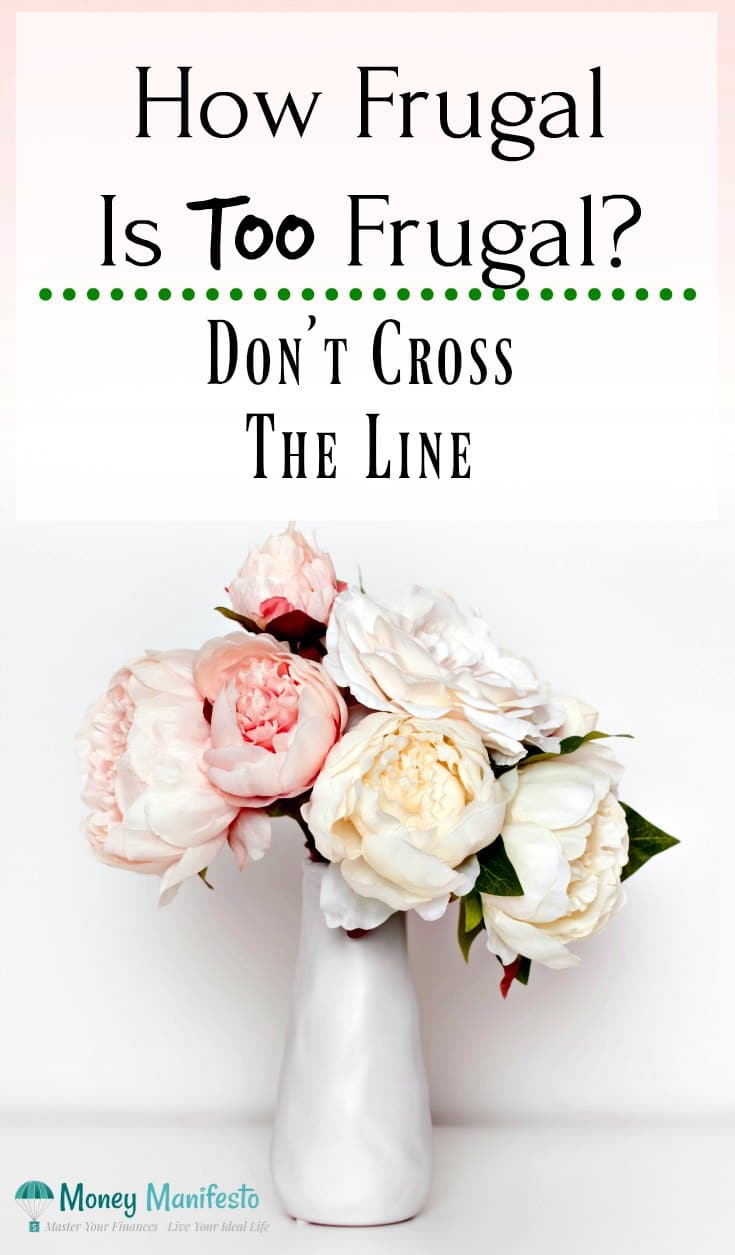 Frugality is a very decisive topic that everyone has their opinions on. Some people think frugality is a great way to save some money while others see it as a complete waste of time.

I think a certain degree of frugality has a place in every household, but there is definitely a line that can be crossed. You don’t want to cross the line from being frugal to being cheap.

Why I Believe Frugality Has A Place In Every Household

Frugality, or the quality of being economical with money, is a skill that I believe everyone should make an effort to master.

The recent past shows us the recessions can have a major negative effect on many and those consequences may last a long time. In those dire times, frugality gives us a way to extend our money and make it last longer when we need it most.

Every household should be able to cut back and live a frugal life, even just for a short period of time, just so they can learn what it is like and see what is possible. If, while you’re living that frugal life, you realize that you aren’t missing many of the luxuries you used to have, you can instead save that extra money for bigger goals such as early retirement.

If you never try living a more frugal lifestyle you may never find out that you’re wasting money on things that you’ve never really thought twice about.

What Is Frugal vs. What Is Cheap?

When you’re on your quest of trying out frugality you must ensure that you don’t fall into the common trap of turning frugality into being cheap. Being cheap is only slightly OK when it is absolutely necessary, but in general, being cheap is not something to be admired.

To me, frugality has always meant being sensible with your money and not spending it on things you don’t value. Instead, frugal people try to spend your money on things they value and always try to get the best deal possible when they buy those things.

Not everything people do to save money is practicing frugality. Some things cross into being flat out cheap.

I’ve seen people dumpster dive for food when they’ve had the money to go buy food in a grocery store. I’ve seen people split double ply toilet paper into two rolls or not use toilet paper at all. Dining out at a restaurant and not tipping your server because you don’t want to spend another 15 to 20% for decent service is being cheap and is never acceptable.

Another example is parking at Disney Springs to avoid Disney World theme parks’ high parking fees. While this technically allows you to park for free, it wastes time you could spend in the theme park and requires a ton of effort for tiny savings.

These things are not being frugal, they’re being cheap. Anyone who convinces themselves otherwise is flat out delusional. Being cheap has its place such as when you’re flat out broke, but otherwise, I avoid being cheap at all costs.

How Can You Tell If You’re Being Frugal Or Cheap?

At times it can be difficult to tell if you’re being cheap or frugal. While you may think you’re being frugal by saving a couple of dollars by not tipping the pizza delivery man, you’d actually be acting cheap. So how can you tell whether your actions are based in frugality or based in cheapness?

The first thing I’d do is ask yourself what you’d think if someone else did the same thing you’re considering doing. Would you be appalled if someone else didn’t tip the pizza man? This is just the first question to ask, though, because many times you’ll think you’re justified in your ways. This will just show you the obvious situations where you’re being cheap and you’ve never really thought much about before.

The most revealing way to figure out if you’re being cheap or frugal is to ask a friend or family member. You first need to make sure they understand the difference between frugal and cheap, but once you’ve established that, ask them if the action you’re about to take is being frugal or cheap.

You may want to ask a couple of people or someone you look up to as being truly frugal since some people see frugality and cheapness as the same thing. Just don’t keep asking people until you finally find 1 out of 100 people that validates your cheapness as being frugal.

How Can You Tell Others They’ve Crossed The Line Into Cheapness?

I want to start by saying that this is a very sensitive topic for many people, so you may hurt someone’s feelings if you aren’t super careful. That said, if I was truly being cheap, I’d rather someone let me know about it rather than continue in my cheap ways.

Just keep in mind, there are some people that are cheap and will never quit being cheap. Don’t try to change someone who doesn’t want to change their ways. Just let them know and let them decide what they want to do with that information. Never push the matter or you could easily lose a friend.

If you’ve decided you still want to let someone know that they’re being cheap, not frugal, here are a couple of tactful ways to do so.

Ask the person why they’re doing something that seems cheap rather than frugal and see what they say. Use that to launch into a discussion of what you’d do without preaching or dig further to figure out their true motivations. You may be able to help them realize they’re being cheap without even mentioning it. Just don’t mention the words cheap or frugal as that could make the person upset.

Suggest a frugal alternative to a cheap action. Rather than not tipping the pizza delivery driver, ask your cheap friend if they’d like to go pick up the pizza.

Ask the person how they’d feel if they were on the receiving end of the cheap action. Tell them how you’d feel and see if that helps the cheap person change their perspective.

Whatever you do, don’t push the matter as you’ll likely only upset the person. Make sure you don’t make it personal or else they’ll feel like you’re attacking the person rather than trying to discuss the cheap action.

So Where Do You Personally Draw The Line?