You are here: Home / Spend Smarter / Are All Energy Efficient LED Christmas Lights A Scam?
219shares 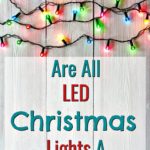 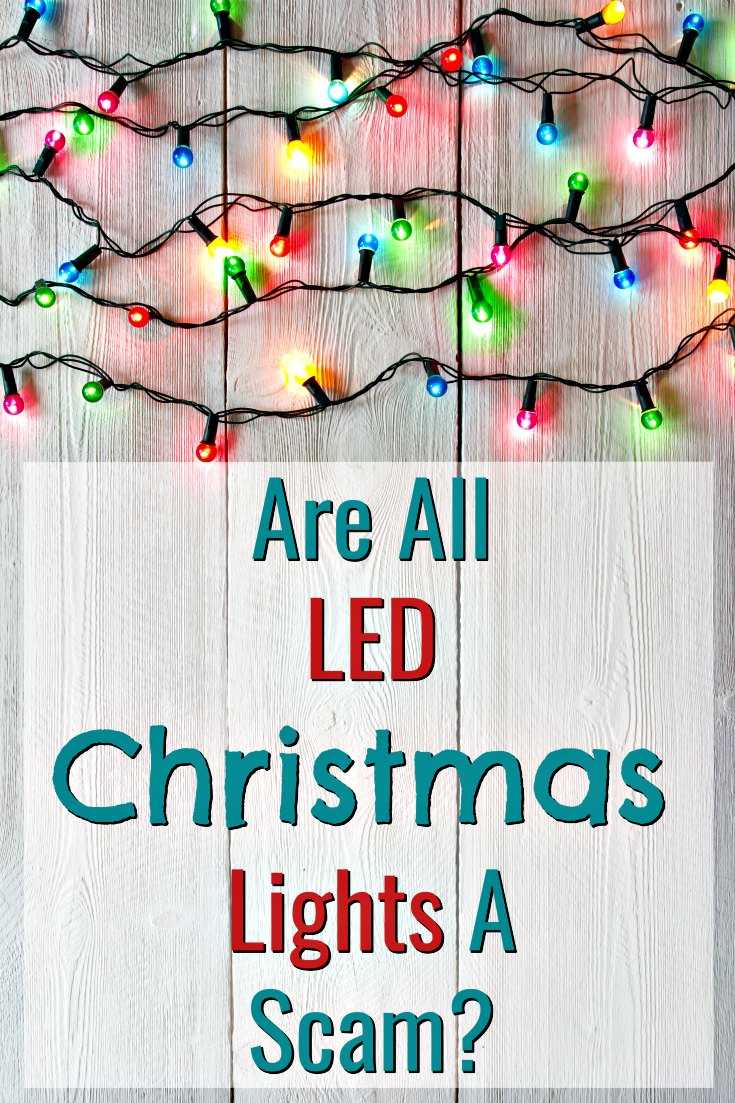 Christmas decorations are starting to hit the shelves once again.

Before you buy your Christmas lights, make sure you aren’t getting ripped off.

In fact, many people save for Christmas all year or save their credit card rewards to be able to afford awesome presents and decorations.

In the last few years, there have been some new Christmas light bulb technologies, mainly LED lights, that claim they’ll save you a ton of money on your power bill.

The LED lights will definitely save you money on your power bill, but are they worth the increased cost of the lights?

We’re always looking for ways to save money on Christmas decorations, but sometimes saving money up front isn’t the smart move in the long run.

Are LED Christmas lights a scam in disguise?

Luckily I have some answers for you. A few years ago, my power company recently sent me an insert with my November power bill.

The results were a bit surprising.

If you care to know how the energy calculations are done, this part is for you, if not, skip this short section.

In order to get your electrical cost for Christmas lights, multiply the number of watts per bulb by how many bulbs you’re using to get the total power per hour.

After that, multiply the total power used per night by how many days you plan to have your Christmas lights up for.

Finally, you need to take how much a kWh costs (you get this by checking your energy rates on your electric bill) and multiply that by the number of kWs you used.

In our case, our power company has an average kWh cost of 11.6 cents.

Here’s the official formula for those that prefer to see things in a visual manner.

They’re those big colored bulbs that maybe had about 25 on a strand. They’re technically called C9 bulbs. My wife absolutely loves these lights, but there is no way we’ll ever get them because they’d add an outrageous amount to our electricity bill.

Each bulb on these old-fashioned lights takes 7 watts to power for one hour. A typical strand of 25 of these bulbs will take 175 watts per hour.

Mini Lights Are Much More Efficient

The mini incandescent Christmas lights have been around for quite a while.

They’ve made many variations over the years and our favorite type are the white icicle lights. In fact, that is what we have on our house this year!

These lights typically come in strands of at least 100 and sometimes as much as 300 or 500. Each bulb on these strands of lights takes much less electricity to run, in fact, they generally take about 0.4 watts per bulb per hour.

This is a great energy savings compared to the C9 bulbs. A strand of 100 mini lights will only take 40 watts per hour.

LED Bulbs Are The Most Efficient

LED bulbs are the most efficient Christmas lights you can get right now.

There are two types of LED bulbs, the larger type that reminds me of the old-fashioned Christmas lights and the smaller ones like the mini bulbs that we currently have on our home.

LED bulbs use just a fraction of the electricity but they do look very different than the traditional bulbs.

Do LED Lights Save On Your Electric Bill?

To determine if LED lights are more efficient, I’ve made a few assumptions in the following scenario.

The scenario is that you will use 10 strands of whichever Christmas light you end up using. You’ll have them on for 5 hours a day and for 30 days.

Electricity rates vary by provider, but in our area it costs $0.116 per kWh.

Does any of that shock you?

But Are LED Christmas Lights A Good Deal?

Now that we know how much we save on electricity, we need to see how much more expensive it is to buy LED lights rather than incandescent lights.

Clearly, the better deal is the LED C9 lights if you’re choosing which lights to buy at the store. If you already own C9 incandescent lights, it would take a little less than 3 Christmas seasons for the energy savings to pay for the LED bulbs.

While you would think the LED mini lights would be a better deal, it would take over 11 years for the energy savings to pay for the price difference between incandescent and LED mini Christmas lights.

Money wise, LED lights are the cheaper overall alternative if you want C9 lights. However, if you love the mini lights then the incandescent bulbs are cheaper by a long shot.

Of course, Christmas isn’t about money. It is about getting in the spirit. If you hate the look of a certain type of bulb and love the other one, it only costs a few bucks to have the look you want.

The decision is up to you, but if you don’t care, save some money and get a better deal.